Dr. Lurye has been through transitions as an employee, as an associate, as an owner with an associate. 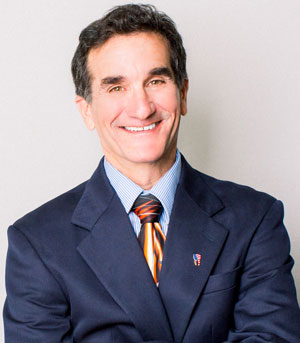 Dr. Lurye transitioned to a Broker Consultant with ADS Precise after successfully owning and practicing general dentistry for 32 years.  He has owned, grown and transitioned multiple practices throughout his Career.  He has a true 360-degree experience of transitioning dental practices, as he has been through transitions in multiple roles; as an employee, an associate, an owner with an associate and now as a broker assisting Doctors selling their practices.

Dr. Lurye enjoys being deeply involved both nationally and locally in the dental community.  He was an Assistant Professor at the University of Colorado School Of Dental Medicine, was a preceptor site for Boston University’s School of Dental Medicine, and has been part of a research team for Clinical Research Foundation in San Diego.   He served as President and Speaker of the House for the Colorado Dental Association, and for 18 years served as a delegate for Colorado and in a seven-state district including Arizona for the American Dental Association.  He most recently served as a delegate for the Arizona Dental Association’s annual meeting.

Dr. Lurye resides in Prescott, Arizona. He is a Fellow in the American College of Dentists, the International College of Dentists, the Pierre Fauchard Society, and the Academy of Dentistry International.  He is a graduate of the University of Minnesota’s school of dentistry and was bestowed with honorary alumni status at the University of Colorado’s school of dentistry.

Our goal is to save you time, hassle, and ultimately money by assuring that the sale or purchase of your dental practice is implemented effectively.